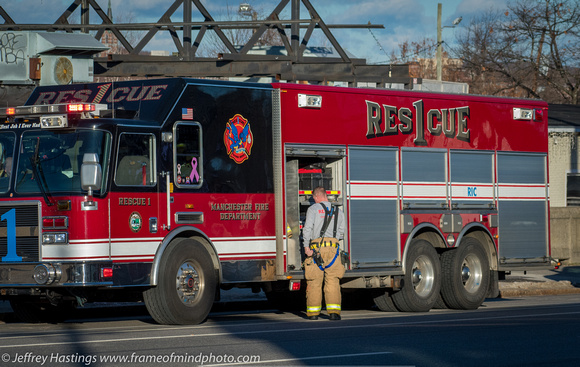 MANCHESTER, NH — Manchester Fire Department responded to Spider Bite on Elm Street for a fire alarm on December 29, 2020 at 8:43 a.m.

When fire crews arrived, they found smoke on the second floor and a first alarm was dispatched bringing additional apparatus and personnel to the scene. Engine 11 stretched a hose line to the second floor and found a fire in a tattoo room. Manchester Fire District Chief Matthew Lamothe said the fire was contained to the room by the building's sprinkler system.

Fire crews covered items in salvage tarps and worked to remove water, and smoke from the building.

The fire was investigated by the Manchester Fire Prevention Bureau and the cause was determined to be unattended candles that were left burning.

Service Master, a professional water and smoke clean-up company, is working on the building to help expedite the clean-up so the business can reopen.

No firefighters or civilians were injured at the fire.