On June 9, 2021 Manchester police responded to Cypress Street outside of the Cypress Center on Wednesday for a report of a man claiming to have a bomb.

Police located a man outside with a box. The man was agitated and yelling, according to police. Officers used de-escalation techniques to calm him down and were able to get him to move away from the box. He was taken into custody without further incident.

As a precaution, the Cypress Center and four homes in the area were evacuated by police. The New Hampshire State Police Bomb Squad was called and responded to the scene.

The NHSP Bomb Squad disrupted the device using a controlled detonation and determined there was no danger to the public.

The man taken into custody was identified as Ernesto Mateo, 31, of Manchester. He was charged with felony placement of simulated explosives and misdemeanor resisting arrest. Mateo was taken directly to Valley Street Jail and on preventative detention.

Police did not release a current booking photo. Mateo was previously arrested in a Manchester investigation involving a kidnapping in 2018 a booking photo was issued for that arrest. 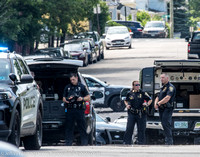 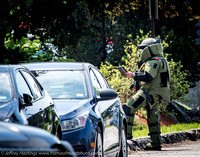 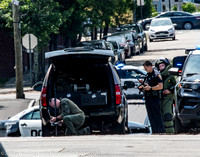