Kane’s white firefighter helmet was positioned above the casket where a firefighter in formal dress stood guard as a long line of people waited to offer his family their condolences.

Politicians and government employees also paid their respects to Kane, 67, who was born and raised in Manchester and served on the department for 36 years, starting on Engine 10 before moving to the Fire Prevention Bureau, becoming chief officer in 1983. Eleven years later, he became the fire chief, a position he held until his retirement in 2007.

“Fire prevention was his field,” said former Manchester Fire Chief and current Hooksett Fire Chief James Burkush, who worked with Kane for years. “He was known for that not only in New England but across the country.”

Kane worked to improve fire codes and enforced them “to make the city safer,” Burkush said.

District Fire Chief Michael Gamache said Kane was on the job 10 years before he joined the department.

“I had much admiration for Joe and what he did for the job, his vision for the department and the opportunity he gave me to advance through the ranks,” Gamache said. “He was an easy guy to talk to and a very, very smart man.”

Barry said Kane was “a fixture in Manchester forever and I have known him for a very long time. It’s sad. He was trying to enjoy his retirement. He will be sorely missed.”

“There are so many people on the job now that were somehow impacted by his career,” said Goonan. “We are just sad to see him go.” 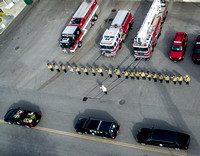 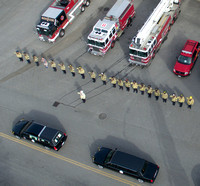