On September 30, 2019, Nashua Fire Rescue responded to a report of a building Fire @ 113 Palm St, upon arrival Engine 2 reported Fire showing from a 2-1/2 story wood frame occupied multi-unit building. Crews stretched several hose lines and were able to quickly knock down the fire. The fire was contained to the outside of the building with some extension and smoke damage inside the building.
One occupant was assisted out of the building and treated on the scene for smoke inhalation. The occupant refused transport to the hospital, according to Deputy Chief Kevin Kerrigan 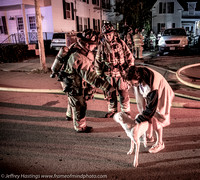 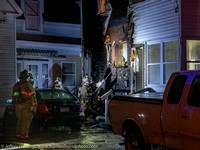