MANCHESTER, NH - Manchester fire responded to a call for alarms in the building at 2255 Goffs Falls Road Saturday. While en route to the alarm Manchester Fire dispatch received calls for smoke filling the 12-unit apartment building.

The fire was located in a basement apartment and quickly extinguished by the firefighters. Fans were used to evacuate smoke from the building and firefighters checked for any fire extension.

The fire was quickly brought under control. Power was cut to the entire building initially but was able to be restored to all units other than the apartment that had the fire.

A company is at the scene securing the fire apartment and will work to remove smoke from the entire building. Some residents chose to return to their apartments, and others are being assisted by the American Red Cross.

Manchester Fire investigators say the initial investigation shows the cause of the fire to be accidental and appears to have started in the kitchen.

No firefighters or civilians were injured in the incident. Goffs Falls Road was closed to traffic for about 1.5 hours. 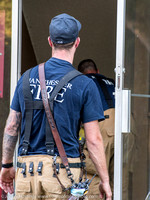 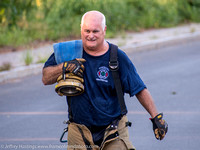 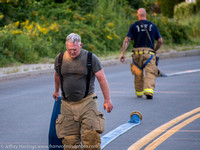 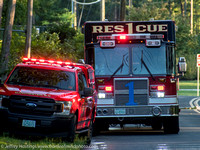