MFD received calls of a capsized canoe in the Merrimack River so of the 293 Bridge. Upon arrival the canoe had no occupants in the canoe or in the vicinity. Crews began to search the shore line while preparing boats to be launched from the West side of the river, and other crews worked the Eastside near Winston St.

As the search began a inflatable raft was spotted North of the bridge with two people. They were brought to shore and it was verified they were not connected to the canoe. After a short time the owner of the canoe made themselves known to MFD and said he was attempting to recover it. MFD members of Rescue 1 wearing protective gear retrieved the canoe for the owner.

MFD handled the situation but NH State Marine Patrol was on scene if needed. No one was injured. ©Jeffrey Hastings / www.frameofmindphoto.com 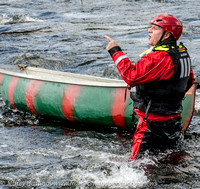 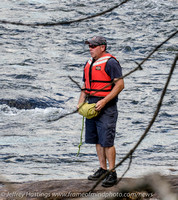 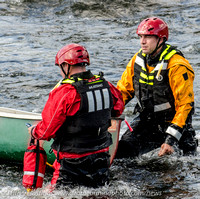 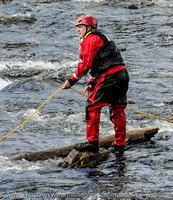 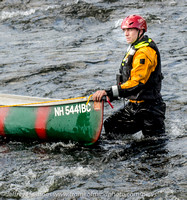 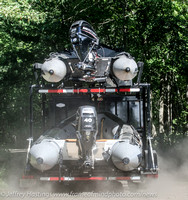 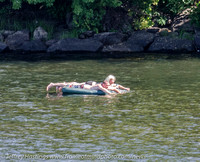