MANCHESTER - An early morning fire at a home on Harvard Street has displaced at least one person and forced firefighters to return after embers rekindled the fire several hours later.
Firefighters say the fire started on the back porch of a three-story wood-frame building at 329 Harvard St. and extended into the roof section of a second-floor apartment. The porch suffered heavy fire damage and the home itself was structurally compromised.
Firefighters say the fire remains under investigation but appears to have been started by smoking materials that were not disposed of properly on a second-floor porch. No one was injured but the damage to the property is estimated at $30,000. 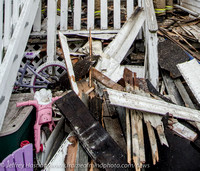 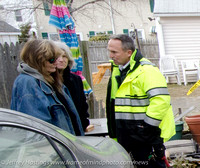