Manchester NH - MPD aprehended two suspects who left the Laquinta Inn at 21 Front St in Manchester. MFD responded to the meth lab which was discovered inside the Laquinta in a hotel room. MFD and AMR transported at least two people from the hotel who were NOT suspects they were either employees or guests (not sure which at this time). They were transported by AMR.


One of the suspects was apprehended by MPD K-9 on River Rd on the east side of the Amoskeag Bridge. The photos show the suspect on River Rd being taken in to custody by MPD.


Pictures show overall scene, MPD taking one suspect in to custody, and AMR transporting a person from the hotel. 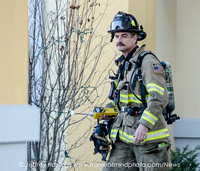 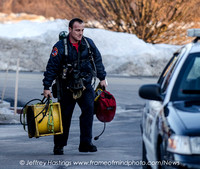