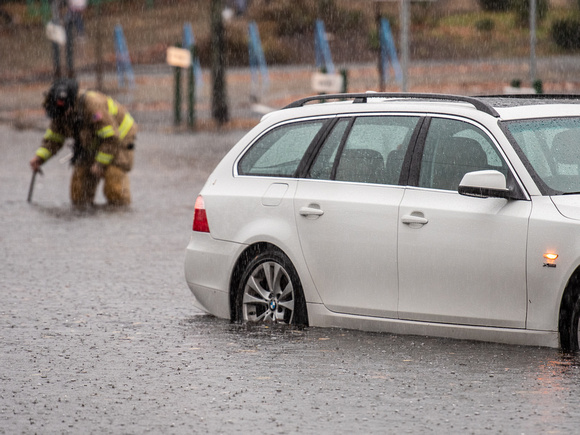 On November 12, 2021 high winds during the day brought down thousands of leaves falling from trees. A short time later the skies opened with intense rain and the heavy rains washed the leaves into storm drains covering them, and causing street flooding. The intense rain also was so intense manhole covers floated down streets creating openings in the streets that had to be blocked off until the rain slowed.

Manchester DPW on Youville Street had just cleaned all the leaves from the storm drains just a couple hours before, but it did not prevent the streets from flooding.

DPW workers were dispatched throughout the city to assist in cleaning storm drains, and replacing manhole covers that had floated off.

In the area of Beech Street school the street flooded just before children were let out for the day. Some cars made it through the deep water, and others had to be towed.