A Silver VW Headed East on Kelly St struck a teen on a bike, the teen was thrown in to the path of a full size black car headed west and dragged and trapped under the car.


MPD officers were first on scene assisting the boy and MFD Rescue 1, Engine 6 and AMR had to extricate the boy from under the car using the Jaws of Life and inflatable bags.


After approx 30 minutes the child was removed and transported to CMC with serious injuries. The elderly driver of the black car shaken from the accident was also transported as a precaution.


It appears the teen exited the alley on to Kelly St in to the path of the Silver car.


Due to the serious injuries the MPD Accident Reconstruction Team was being called to the scene. The road will be closed for an extended time. 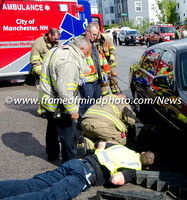 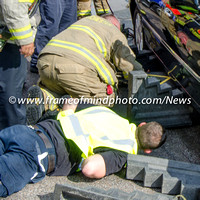 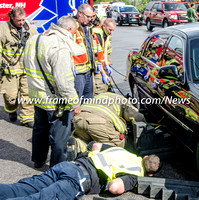 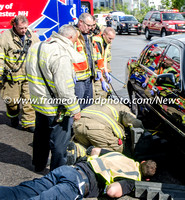 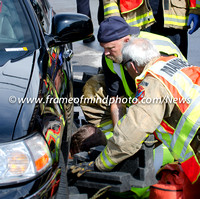