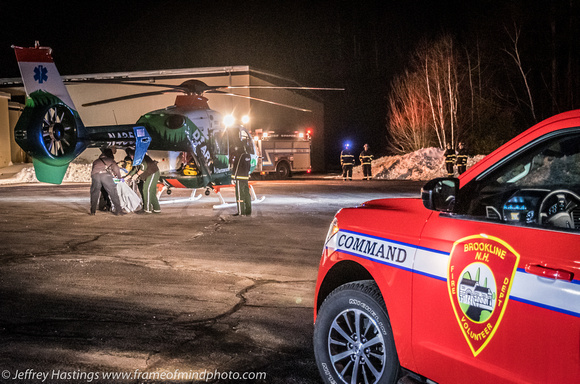 Brookline, NH - On Saturday, February 6th, New Hampshire Fish and Game Conservation Officers were called to the scene of a snowmobile crash on Lake Potanipo at approximately 5:28 PM in Brookline. Myles Leclerc, 25, of Greenville, NH was operating his snowmobile, at what witnesses described as a high rate of speed, when he lost control of the machine and was ejected. Leclerc sustained serious injuries and was flown by DHART helicopter to UMass Medical Center in Worcester Massachusetts for further evaluation and treatment. The Brookline Police Department, Brookline Fire Department, and Brookline Ambulance also responded and provided assistance on scene.

All aspects of the crash are still under investigation. No Further information is available at this time.