MANCHESTER, N.H.- On August 23rd, 2013 at approximately 2119 hours, officers of the Manchester Police Department responded to the area of Pearl and Hall Streets for a report of a gunshot in the area. Upon their arrival, officers spoke with witnesses who reported seeing two suspicious males coming from the area of 377 Pearl Street shortly after hearing a gunshot.


When officers went to that address to investigate further, they discovered a vehicle in the driveway that had sustained damage as a result of a gunshot. They continued checking the area and located a 33 year old male subject who had sustained a gunshot wound to his right thigh. The victim reported that he had been shot and subsequently robbed while in his apartment at 377 Pearl Street. The victim described the suspect who shot him as a dark skinned, heavy set Hispanic male dressed in all black clothing. The suspect was also accompanied by a black male whom the victim described as being approximately 6 feet tall and 260 pounds. He was also dressed in all black. The victim’s injuries were non-life threatening. 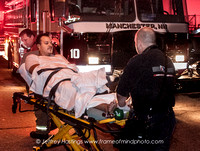 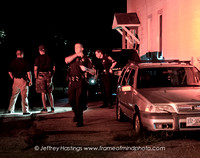 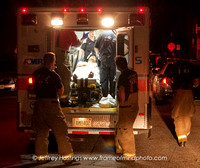 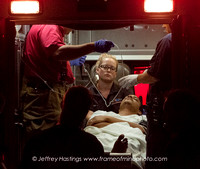 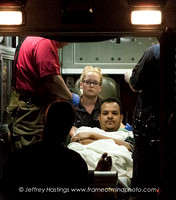