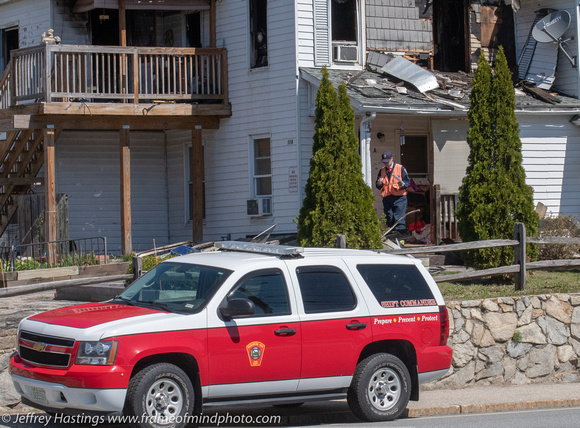 About 2:07 a.m. Monday, off-duty police officer Colby Morton was heading to work when she noticed the lights which turned out to be fire on at a second-floor apartment unit at 194 Central St.

Donahue tried to force the door open but was unable to so they broke a window, reached inside and unlocked the door, according to HPD Chief Avery.

According to sources we spoke to the front door had been barricaded from the inside of unit B.

Hudson fire arrived on scene and worked to extinguish the fire in 40 minutes.

Sources familiar with the owner of the building, and tenant advised the renter of Unit B was scheduled to be evicted this week on Wednesday.