Nashua Fire Rescue received a report of smoke coming from a building located at 53 Blossom Street at approximately 13:52 Saturday Afternoon. The call was made by a mail carrier on their route.

Nashua Fire Rescue arrived in four minutes to discover smoke coming from the building (2 ½ story wood framed single family “L” shaped home). Crews rapidly entered the home and located heavy fire in the kitchen area in the first floor “L” portion of the home. The fire was extending into the roof of the “L” and extending towards the main section of the home. A working fire assignment was called for and an additional engine and ladder company was dispatch to augment the crews already working (3 engines, ladder, & Deputy Chief working the incident at that time).

The fire was rapidly knocked down. Searchers located a dog in the residence and removed it. Attempts were made to resuscitate the dog but it succumbed to its injuries. The remainder of the home was determined to be unoccupied by searchers. The call was placed under control at 14:16 (24 minutes after first dispatched). Crews remained on scene for some time to locate and extinguish several hot spots. High heat of day kept crews frequently rotating and rehydrating to avoid heat related injuries.

No injuries were sustained by first responders or the occupants. The occupants were not at home at time of incident.

Five occupants will be displaced due to heavy heat and fire damage to the first floor and smoke damage throughout the residence.

Nashua Police and AMR ambulance responded to standby and provide assistance. The Salvation Army (Nashua) responded to provide hydration to the crews working.

One dog was removed from the building and resuscitation attempted. The pet succumbed to its injuries. 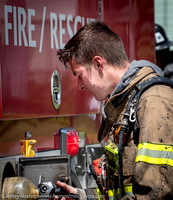 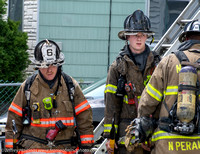 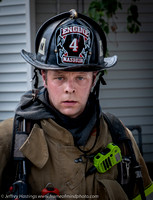 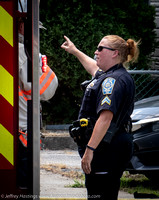 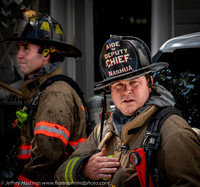 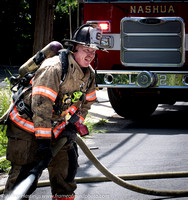 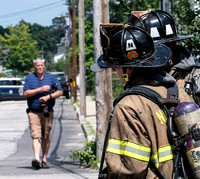 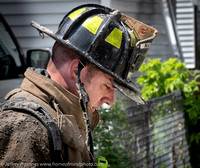 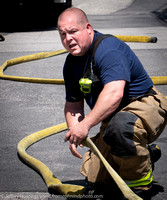