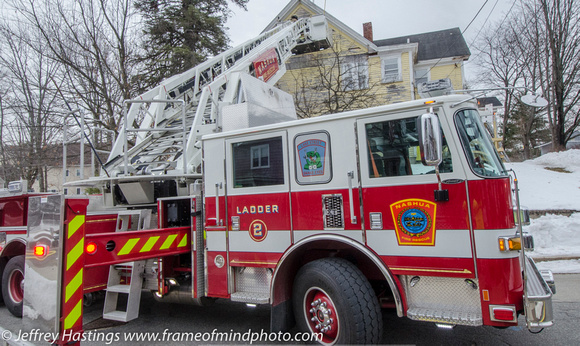 Nashua NH - Nashua Fire Rescue responded to a report of a fire at 371 Main Street. Upon arrival occupants of the lower levels reported a fire on the third floor. NFR rushed to the 3rd floor where they had fire, and found an unconscious adult male. They pulled the man out of the building and immediately performed CPR and rushed him via AMR to the hospital.

Fire fighters knocked the fire down within 30 minutes but according to Deputy Chief Kerrigan. The building which is set back from Main Street has 5 apartments, and it is believed to be one person per apartment. According to DC Kerrigan the building will not be able to be reoccupied due to water and fire damage. The American Red Cross is assisting residents.

The NH Fire Marshal’s office was called to assist due to the injured person.

No other injuries were reported to civilians or fire fighters.