NASHUA, NH — A U.S. Mail truck traveling south the Everett Turnpike on Sunday pulled over when the vehicle caught fire.
Nashua Fire Rescue responded to the Everett Turnpike between Exit 7 and 6 for a reported vehicle fire at 11:23 a.m.
When fire crews arrived there was a substantial fire in the engine compartment and under the vehicle. Crews stretched a hose line and quickly knocked down the fire.
The driver escaped the vehicle before the fire spread and was not injured.
There were limited items in the vehicle and they were safely removed.
The right lane to the southbound lane was closed for about 30 minutes. D&R Towing removed the vehicle from the scene.
In March 2020, a similar incident occurred when a postal truck burst into flames on the Everett Turpike near Exit 4
©Jeffrey Hastings www.frameofmindphoto.com/news. 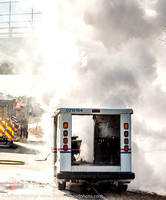 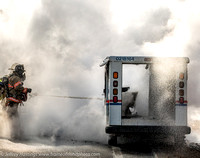 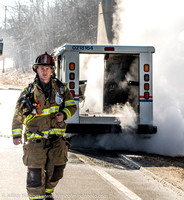 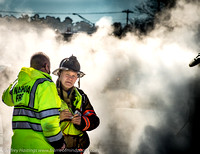