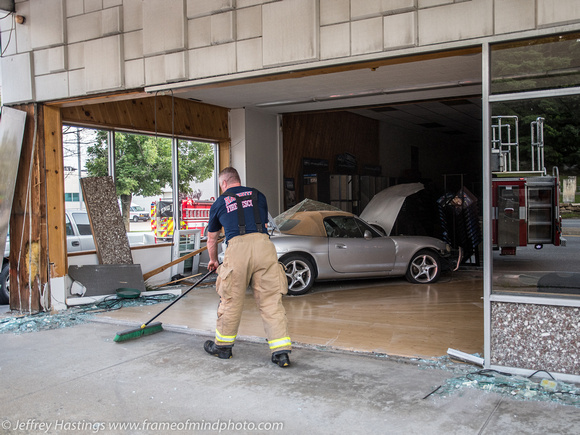 NASHUA, NH - On July 25, 2021 Nashua Fire Rescue, police and AMR Ambulance responded to 330 Amherst Street for a vehicle into a building just before 5:30 p.m.

First arriving units reported a vehicle veered off Amherst Street and into a carpet company. The front wall primarily made of glass was smashed and the car came to a stop
inside the building.

The driver who was the only occupant was able to get out of the vehicle on his own. He was medically evaluated and refused medical treatment.

Initial investigation shows the driver was moving over for an emergency vehicle when he possibly hit the accelerator instead of the brakes.

The building department was called to the scene who will evaluate the structural integrity, and any damage. Nashua Police are handling the investigation.