Firefighters arrived at about 6:55 a.m.and could see flames and smoke coming from the window of an eighth-floor apartment in the building with 50 apartments. A second alarm was immediately called bringing manpower, apparatus, and additional ambulances to the scene.

Nashua fire and police worked to evacuate occupants from the smoke-filled floors outside where temperatures were around 6 degrees above zero. An adjacent building's lobby was opened to allow residents to shelter from the cold.

Nashua Fire Deputy James Kirk said the fire was knocked down by the sprinklers in the apartment — but the water quickly started flowing down to the floors below, causing heavy damage. Kirk said at least one resident was transported from the scene with unknown injuries. There were no firefighters injured at the scene.

Crews carried bundles of tarps into the building to work on salvage operations and trying to protect damage from the water.

At this time it is unknown how many people will be able to reoccupy their apartments in the Nashua Housing Authority building.

Additional information will be updated as it becomes available. 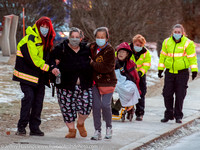 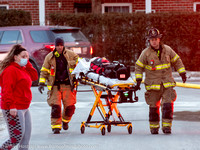 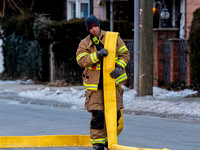 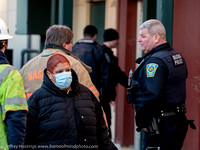 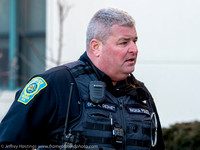 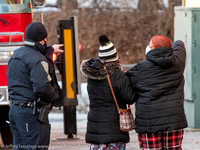 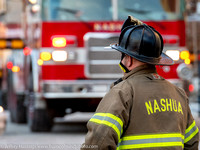 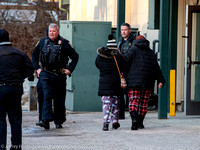 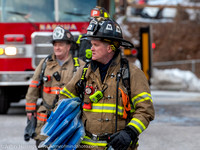 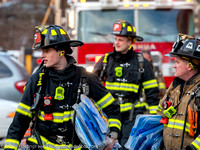 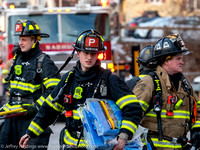 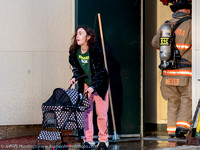 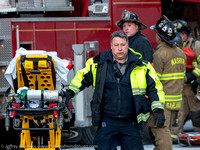 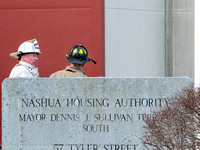 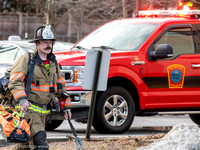 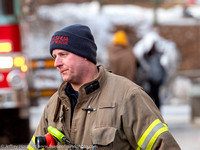 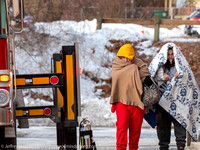 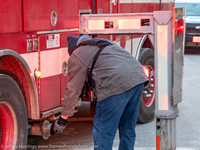 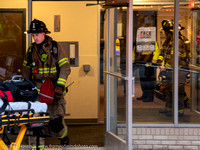 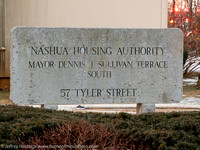