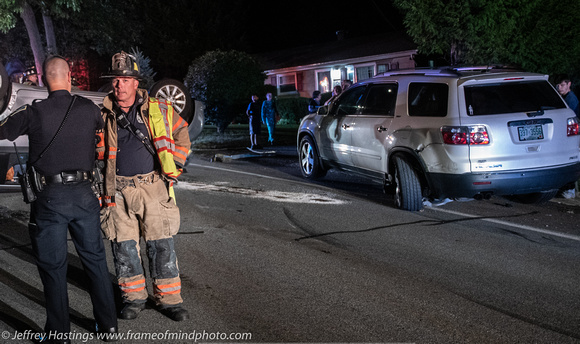 Nashua Fire responded to the area of 146 Westwood Ave at 7:55 PM for several reports coming in for a vehicle rolled over with one occupant trapped.

On their arrival, they found a Toyota had been traveling on Westwood Ave and struck a parked vehicle and rolled over.

One occupant of the Toyota was removed from the vehicle and transported by AMR of Nashua to the hospital. The injuries did not appear to be life-threatening.