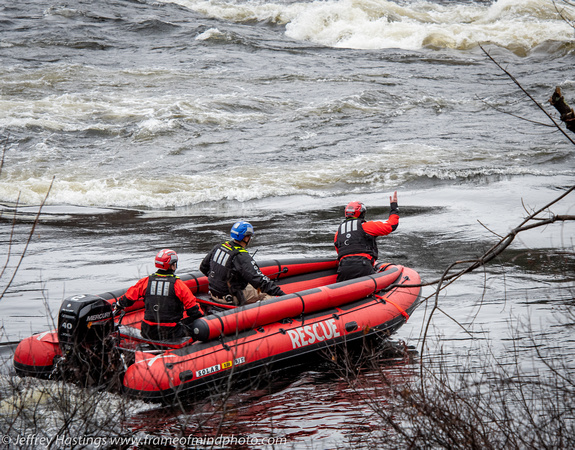 Police requested the assistance of MFD Rescue 1 utilizing two boats to search an area near the eastern shoreline of the river.

According to a “be on the lookout” description broadcast over surrounding towns Manchester police were looking for a tall, skinny male wanted in connection to a shooting incident.

The BOLO advised the man was potentially armed, as no weapon was found at the scene. Manchester police set up a large perimeter Friday night around several streets off Brown Ave including the area of the water treatment plant.

No information was distributed from Manchester Police as of Sunday, it is unknown if the search was related to that incident.

An MPD Detective was in one of the two MFD boats when they launched from the Bedford side of the river, under route 293. It is unknown if the item(s) they were looking for was located.

After working in the river area for 2 hours the boats were returned to the trailer and the firefighters cleared the area.