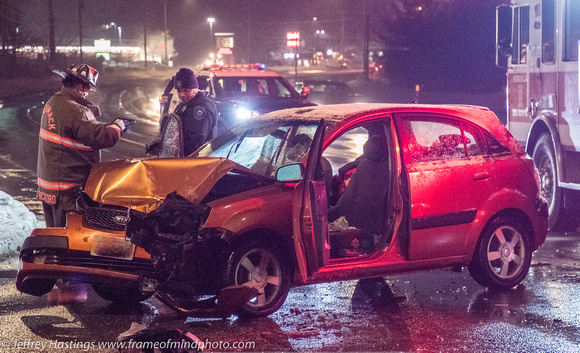 MERRIMACK, NH - Merrimack fire, EMS, and police responded to a reported crash at Rte 101 and Continental Blvd just before 9:00 pm. Responding units were advised a woman was trapped in the car, and the accident involved a plow truck.

When fire and police arrived they found a woman in the vehicle with serious injuries and began to extricate her.

Police were advised that a plow truck was traveling on Rte 101A and according to the witness allegedly failed to stop at the red light, and then striking the car head-on. The witnesses said the plow truck did not stop and turned on Continental Blvd.

Police were contacting NH-DOT for assistance in identifying the truck and believe it could be a sub-contractor working in the area for NH-DOT.

The woman was transported to a local hospital with what appear to be serious but non-life-threatening injuries.