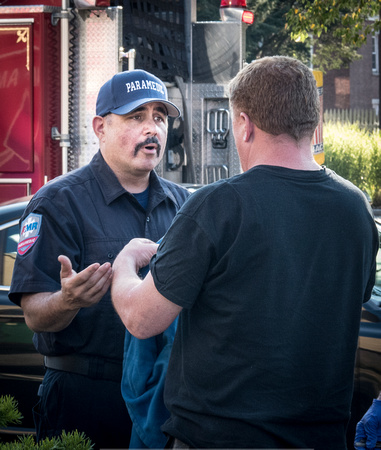 MFD and AMR responded to an unresponsive person at the corner of West Merrimack and Franklin Street. The adult male was laying in a wall and could not be woken up. MFD Engine 11 arrived followed by AMR who stimulated the man and he became responsive. He was found with paraphernalia in his pocket which is commonly used for drugs. The man refused transport, and MFD destroyed the paraphernalia.