Manchester NH - A man held up the mini mart on South Willow and Beech St and ran from the store. He was tracked by the MPD K-9 until a scent was lost. MPD officers familiar with Patrick Jones recognized him in the store video. He was working for a pizza company delivering pizzas in his parents mini van with NH HC plate S989. MPD contacted his parents and said he came to their house minutes after the robbery saying he was in big trouble and then left.


A MPD officer staking out the parents house at 91 South Elm noticed the subject return and he was taken in to custody. 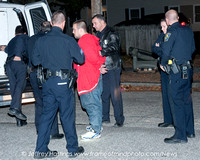 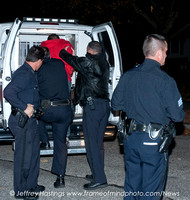