RAYMOND, NH — Raymond fire was notified of a fire at the Sunview Apartments on Route 27 Monday.

While en route to the call around 4:30 a.m., firefighters could see heavy fire and smoke coming from a 24-unit apartment building.

Three alarms were immediately requested and the first crews on scene had heavy fire and multiple people requiring rescue from the building. Firefighters worked to rescue people by ladder, and out emergency exits as the fire was quickly spreading.

Raymond police assisted multiple residents to safe locations away from the building as small explosions were occurring at the back of the building according to witnesses.

Two people were injured escaping the fire. Although several animals were rescued there are multiple pets that remain unaccounted for at this time.

Raymond Chief Hammond said the fire was brought under control at around 6:30 a.m. but firefighters will be on the scene most of the day doing an overhaul and chasing hot spots.

Hammond said they had hydrants near the entrance to the parking lot, and water supply was not an issue. He stated that there was so much fire when they arrived it was very tough to bring it under control but had plenty of water and personnel. Hammond said initial reports were that a resident said it started on the exterior of the building on one of several porches.

The chief estimates that the damage is well over $1 million.

Residents of the building are being offered a place to stay at the Exeter Hampton Inn Suites.

Many more details of the fire, rescue, and residents will be added to Exeter Patch later. 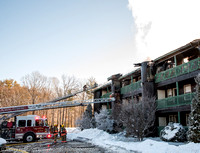 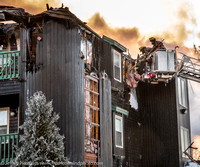 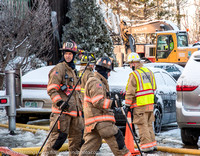 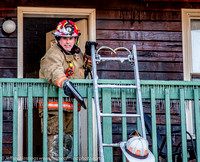 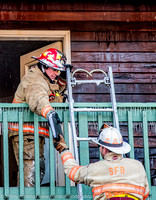 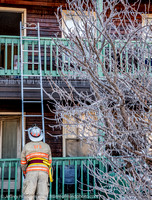