Manchester NH - MFD responded to 24 Krakow for a check the welfare of a subject per the request of the persons mother and property manager. Upon arrival they were confronted by a subject making threats, MPD was called as well as a MFD District chief. The incident escalated when the possibility of the person was heavily armed, and also a potential lab in the building.

SWAT was called, and MFD responded with a full hazmat response, including AMR standing by. SWAT using the bearcat was able to secure a safe location to speak to the subject. After an extended amount of time a window was broken by SWAT members and gas was dropped in. The subject exited the apartment thru the window on to the hood of the bearcat and was then secured.

Two dogs were removed from the property by MPD Animal Control Officers. Once entry was made to the apartment no hazmat was found.

No Police, Fire or EMS personnel were injured. 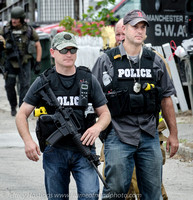 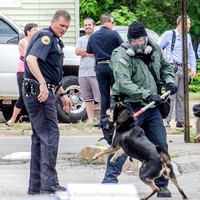 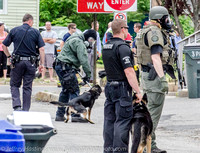