Manchester NH - After a 16 inch water main broke on Thursday night the road is gone, the mud is deep, and the houses are flooded.


Waterworks repaired the line which dumped over 1 million gallons of water when an approx 6 Ft section of a pipe installed in 1925 burst wiping out the street, sidewalk, and causing 21 people to be evacuated from their homes. Also several house received flooding in the basements, as well as losing their power, gas, and phone service.


Manchester DPW was working to carefully excavate the street working around gas lines, water pipes, and other utilities. The large holes in the ground exposed many of the old pipes including some which are actually made of wood. The city departments all remained on scene as well as state authorities from several departments including DES.


It is unknown when the street will be repaired, crews will be working to fill the holes and remove debris. 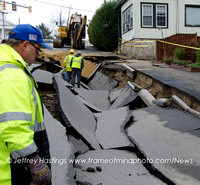 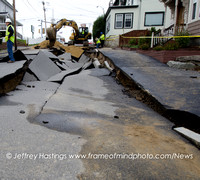 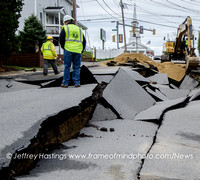 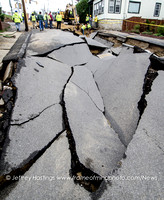 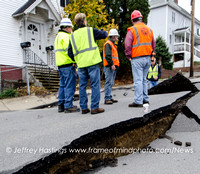