On Thursday June 16th 2016 at 5:43 AM the Merrimack Fire Department was dispatched to APS Lighting, Sound and AV at 901 Columbia Circle for a reported structure fire. The building is a 12 unit office condominium without sprinkler or fire alarm protection. The fire was reported by a Merrimack Police Officer who responded to a burglar alarm and found the door to the unit hot to the touch. Merrimack Engines 1 and 2, Ambulance 1, Fire Chief Currier and Fire Marshal Manuele responded.

Engine 1 was on scene at 5:47 and saw smoke heavy smoke filling the unit. Captain Gagne ordered a working fire dispatch be sent bringing in a mutual aid engine and ladder from Nashua to the scene and an engine from Manchester to cover Merrimack's empty stations .Engine 1’s crew quickly forced open the front door and found the fire in an interior office.

The crew was able to extinguish the fire before it could spread to the rest of the unit. The fire was declared under control at 6:05 AM and crews began an extensive overhaul and vented the building of smoke. Because of the quick knock down the fire damage was confined to the front of unit 901 with heat and smoke damage to the front of unit 902.

The cause of the fire was determined to be electrical, due to a malfunction in a power strip There were no injuries. All units cleared the scene by 7:05 AM. 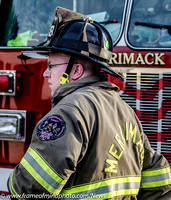 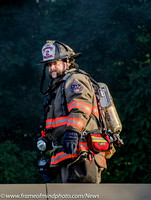 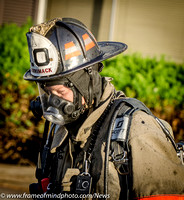 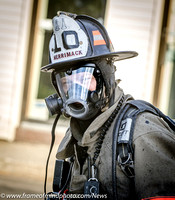 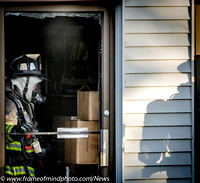 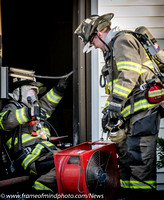 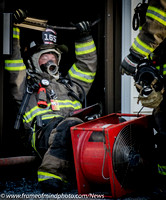 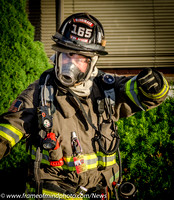